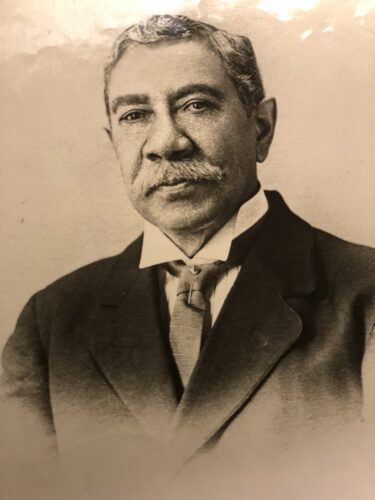 John Patterson Green was born in North Carolina in 1845 but he and his family moved to Cleveland in 1857. He attended Central High School in downtown Cleveland in the late 1860’s. He studied law and was admitted to the Ohio Bar in 1870.

John Patterson Green has the distinction of being the first African American elected to office in the city of Cleveland back in 1872. He served as the Republican Justice of the Peace for nine years. He later would be elected to the Ohio State House of Representatives in 1881 and later to the Ohio State Senate in 1892, where he was the first African American member to serve.

Green is also known as the “Father of Labor Day”. While serving in the Ohio House he put forth a bill that would make Labor Day a state holiday in 1890. Later in 1894, the Federal Government will make Labor Day a national holiday.

He retired from politics and returned to Cleveland to continue his law practice. He wrote an autobiography entitled, “Fact Stranger Than Fiction“. He died in 1940 and is buried at Woodland Cemetery in Cleveland.