If you want to learn more about Cleveland, I have compiled a list of fantastic books about Cleveland and the city's history. The list includes some other fun books that involve the city. They are all great reads! I own, have used in my research or know the authors personally for each of books on the list. You can purchase any of these books from Amazon by clicking the blue title of the book listed below.

As an Amazon Associate, I earn money from qualifying purchases. Please note, you are if you are purchasing a book, that purchase is with Amazon or one of their vendors, not Tours of Cleveland, LLC.

To book one of our walking tours of downtown Cleveland and see this history up close and personal, click here to return to the home page. 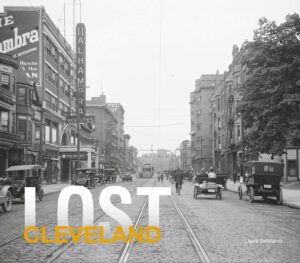 Lost Cleveland traces the cherished places in Cleveland that time and progress have swept away before they could be saved from demolition. The book also looks at buildings that have changed use or have been dramatically transformed. It is a great glimpse into Cleveland's sometimes forgotten past!

Cleveland Then and Now 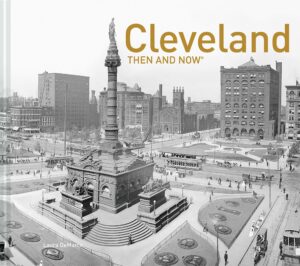 Cleveland Then and Now allows the reader to experience some of Cleveland's most notable buildings and places as they are today and how they used to be. See how some things have drastically changed while others remain the same. 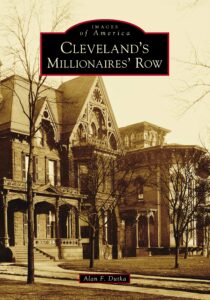 Cleveland was home to Millionaire's Row. The street was said to rival the Champs-Élysées as the most beautiful street in the world. Most of Cleveland's wealthy had their homes here. This books explores the grand past of Cleveland and the elegant mansions that graced Euclid Ave. 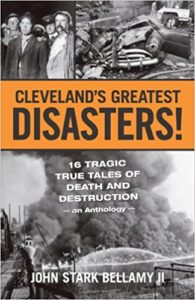 Cleveland's Greatest Disasters!: Sixteen Tragic Tales of Death and Destruction--An Anthology is one of the most interesting reads on this list. But have the tissues ready, the story about the Collinwood school fire of 1908 that killed 172 will have you in tears and the 1944 East Ohio Gas Company explosion is shocking!

Cleveland A to Z 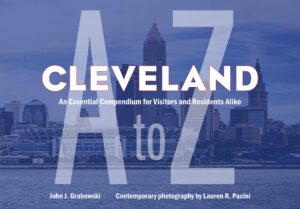 Cleveland A to Z looks at more than just the usual sites of a city like, its landmarks and famous buildings. This book shows the us Cleveland’s people, their stories, and famous events throughout the city's history that reveal the city's true charm and character.

Cleveland Christmas Memories: Looking Back at Holidays Past 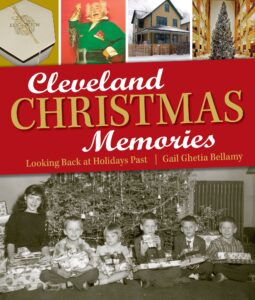 Christmas is an amazing time in Cleveland, one of the reasons we do our Christmas tours each year. Cleveland Christmas Memories shows us everything from Mr. Jingeling, the Twigbee Shop, the tree at Sterling-Lindner and the Christmas Story House. This book is packed full of great holiday time photos from all around Cleveland. 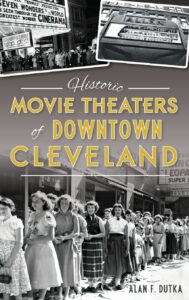 Historic Movie Theaters of Downtown Cleveland looks at all the old theaters in downtown's past and present. It is packed full of stories of the theaters beginnings, flashy shows, great performances from the worlds's best entertainers, the demise of  many of them as well as the rebirth of others, namely those that make up Playhouse Square today. 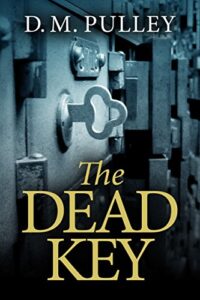 This is a book that many of my guests recommended to me. It takes place in a fictional bank, the First Bank of Cleveland, but is based off the old Cleveland Trust Company and set in their buildings. This is fiction (unlike the other books about Cleveland on this list) but is a great mystery and fun read! 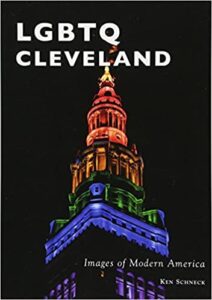 Ken Schneck is a local author and professor at Baldwin Wallace University. His book looks at the history of the LGBT community in Cleveland over the past fifty years, from its struggles to triumphs including Cleveland's hosting of the Gay Games in 2014. And yes, Ken has gone on my walking tour!

Cleveland's Finest: Sports Heroes From the Greatest Location in the Nation 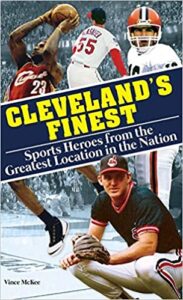 This book has "in depth, extremely personal interviews with some of the top names in Cleveland sports". Cleveland has a long and rich sports history in baseball, basketball, football and hockey. Vince talks with many of the greats in these sports and covers the golden years, the championships and everything in between. If you are Cleveland sports fan - check this book out!

Pop Goes Cleveland! The Impact of Cleveland (and Northeast Ohio) on Pop Culture 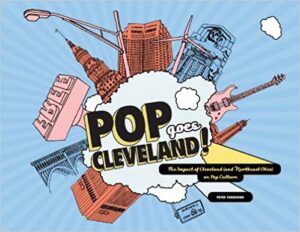 Pop Culture at its best! This book explores the famous movie stars, authors, TV personalities, athletes and singers (to name a few) from the Cleveland area and their impact on the world. Everyone from Drew Carey, Halle Berry, Toni Morrison, Paul Brown, and even Superman!