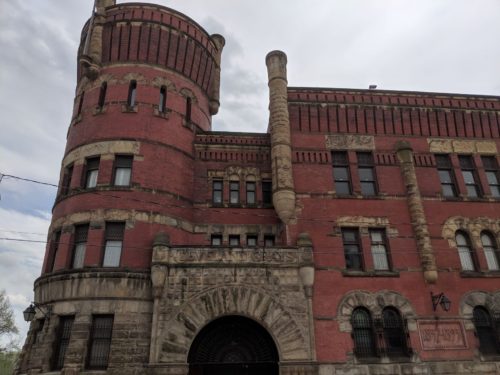 In the middle of downtown Cleveland is an old building that sort of looks like a Victorian castle. It is in fact the Grays Armory Museum! The Armory was built in 1893 and was home to the Cleveland Grays, who organized in 1837, as an independent volunteer militia. The Grays saw service in the American Civil War, Spanish American War, Mexican Border Campaign as well as World War I. They also performed many ceremonial duties such as Presidential inaugurations and funerals.

When the Armory was built is contained one of the largest auditoriums in Cleveland. The Cleveland Symphony Orchestra played their very first concert series in the Armory in 1918! It has even been host to John Phillip Sousa and the Metropolitan Opera.

In 1973, the building was added to the National Register of Historic Places. The Cleveland Grays Armory Museum is the oldest privately owned Armory in the United States. The museum offers free guided tours on the first Wednesday of each month from 12 – 4 pm as well as many activities throughout the year.

Tours of Cleveland offers walking tours of downtown Cleveland year round. Perfect for your school, church or work group! To learn more, see our schedule and to book your walking tour, visit www.toursofcleveland.com.