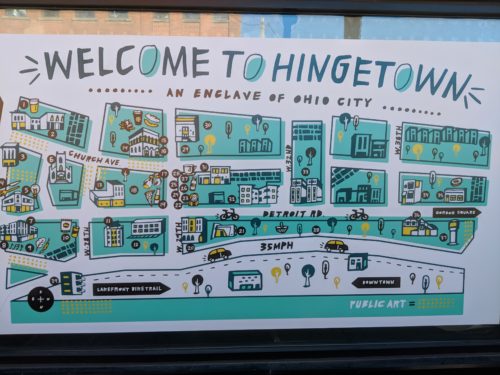 The final installment for LGBT History Month deals with Cleveland’s Hingetown neighborhood in Ohio City. Located at W. 29th St and Detroit Ave, this was the center of gay culture in Cleveland for many years. The neighborhood was the home of many gay bars and nightclubs, the first Lesbian-Gay Community Center and groups like ACT UP that helped lead the fight advocating for those living with HIV/AIDS. The first Gay Pride Parade in Cleveland took place here as well in 1990.