2 for $20 at Rock Hall - Tours of Cleveland, LLC
Skip to content 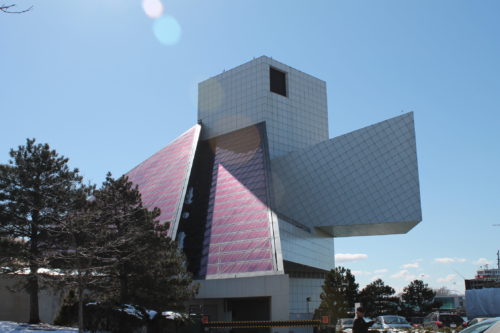 Currently the Rock Hall is free to those who live in Cleveland but they do have a special deal for the month of October for those living in the suburbs surrounding Cleveland. If your zip code begins with 440, 441, 442, 443 you can get two tickets for just $20! The 2 for $20 is a great deal.

The Rock and Roll Hall of Fame has been in Cleveland since 1995. Currently their special exhibits include the Rock & Pinball and the Stay Tuned: Rock on TV exhibits. You can actually play the rock themed pin ball machines in the exhibit. Check out the pin balls machines featuring Elvis, Kiss, Elton John and even Dolly Parton. The Stay Tuned: Rock on TV exhibit looks at everything from American Bandstand, the Sonny & Cher Show, the Monkees and MTV. See some of Cher’s costumes, the over-sized hat worn by Tom Petty in the “Don’t Come Around Here No More” video and a beige suit worn by Soul Train host and producer Don Cornelius.

Check out the Rock Hall and their 2 for $20 deal before it ends on October 31, 2018. You must show you ID when you purchase tickets.