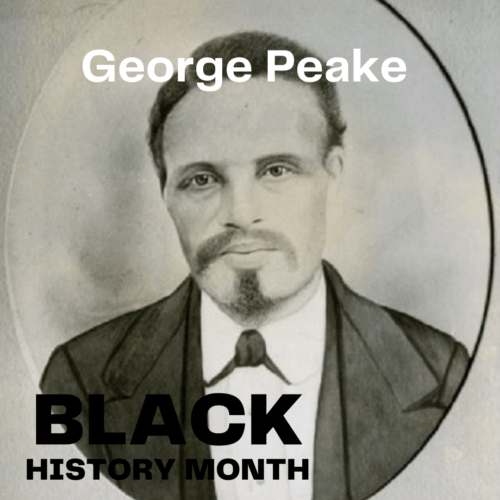 As we do each Black History Month, we focus on Cleveland Black History and highlight local African-Americans who have shaped Cleveland’s history. We will highlight one of these individuals each week on the company’s social media this month. For 2022 we take a look at George Peake, Harry E. Davis, Charles H. Garvin and Garrett Morgan.

George Peake is considered to be the first permanent black settler of Cleveland. He came to Cleveland with his family back in 1809. He was a freed man and landowner. He purchased 103 acres in Rockport township, west of Cleveland. He was an inventor who created a new hand mill that was easier to use then the traditional “stamp mortar and spring pestle”, common for the time. It was said to produce a better quality ground meal.

Harry E. Davis (1882-1955) was a lawyer and politician serving in Cleveland and Columbus. We was educated in the Cleveland Public School system and graduated the Western Reserve University Law School in 1908. He served throughout the 1920’s in the Ohio General Assembly where he led the fight to remove, from the Ohio Constitution, the words limiting the elective franchise to “white male citizens”.

He was elected to the Ohio State Senate in 1947, as just the second black man in Ohio history. He was the first African-American man to preside over the Ohio Senate. He was a Mason, involved with the NAACP and Karamu House here in Cleveland.

Charles H. Garvin (1890-1968) gradated Howard University with a medical degree and moved to Cleveland in 1916, where he practiced medicine until his death. He served in World War I and was the first black physician commissioned by the U.S. Army. He was also a historian, gathering information on the black experience in the field of medicine and service in the military.

He help found the Quincy Savings & Loan Co. here in Cleveland. He was a pioneer in integrated housing in the city. Garvin was a civic leader serving as a trustee for Karamu House, the Urban League of Cleveland and the Cleveland Public Library, where we was board president in 1940.

Garrett Morgan (1877-1963) was an inventor best known for his prototype of the electric traffic light. But his inventions also included the safety hood or “breathing device” (gas mask), a women’s hat fastener and a hair straightening solution (that he discovered by accident). His traffic light was the first to use a third cautionary sign between the stop and go. He sold his patent to General Electric for $40,000 in 1923. You can see his traffic light and safety hood at the Cleveland History Center and he is buried in Lake View Cemetery.

These are the folks we chose to highlight this Cleveland Black History month. There are so many more, check out some of our previous blog posts of other African-American Clevelanders we have highlighted in the past.

Tours of Cleveland, LLC offers year round, exciting and educational walking tours of beautiful and historic downtown Cleveland. You can learn more about the tours we offer throughout the year, see our schedule and book your tour all on our website, www.toursofcleveland.com.