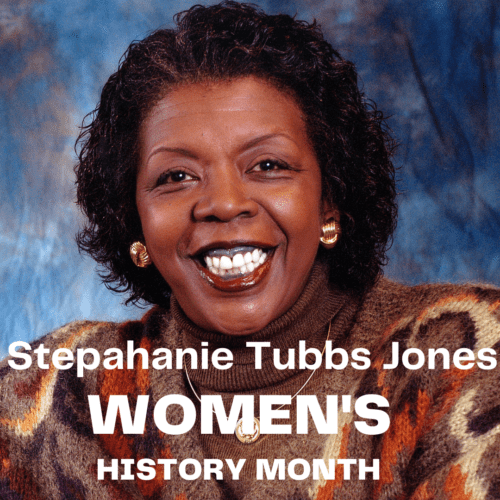 Then in 1999 she is elected to the seat formerly held by Louis Stokes in Congress. She would represent Cleveland and Ohio until 2008. In Congress, she championed issues like home ownership, women’s health and voting rights. She died suddenly of a brain aneurysm on August 20, 2008.

Margaret Hamilton (1902 – 1985) was born in Cleveland. She became a school teacher but studied theater at Cleveland Playhouse. She got her big break while in a production of “Another Language” on Broadway in 1932; the play was made into a movie in 1933 where she would continue in her role.

She would be cast as the Wicked Witch but she was not the first choice for the role. Actress Gale Sondergaard originally read for the role, in makeup and a glamorous gown; she did not want to play the part as an “ugly” witch. Margaret instead, read it wearing “the oldest, crummiest-looking clothes” she could find. She got the part. In 2003, The Wicked Witch of the West was ranked No. 4 in the American Film Institute’s (AFI) list of the 50 Best Movie Villains of All Time, making her the top ranking female villain.

She had recurring television roles on “The Addams Family”, “Secret Storm”, “As the World Turns” and even “Mister Rogers’ Neighborhood”. She was also known as the spokesperson for Maxwell Coffee, Aunt Cora, a gentle woman, with glasses who gave motherly words of wisdom. She died in 1985.

Lillian Westropp (1884 – 1968) and Cora Westropp (1886 – 1965) were sisters who started the Women’s Federal Savings Bank in 1922 here in Cleveland. This was the first savings institution in the country organized, managed and chiefly staffed by women, an interesting first in Cleveland Women’s History.

Clara was the founder and chairperson for 20 years of the St. Xavier Mission Association of the Cleveland Catholic Diocese. Lillian studied law at Baldwin Wallace and became a municipal judge in 1931 serving six terms until she retired in 1957.

The Savings Bank thrived under their leadership, expanded in the area and ultimately grew into one of the top three largest Savings and Loans in Cuyahoga County in the 1950’s. In 1993 it would merge with Charter One Financial (Citizen’s Bank today).

LaVerne Clouden (1934 – ), born in Cleveland, was interested in music since she was a child but she was told by a teacher that because she was African-American she could not play in a string orchestra. She refused to accept this though. She graduated from Central High School and later Case Western Reserve University with a Master of Arts in Musical Education.

Unfortunately, due to threats she received from the public, she and her husband eventually left Cleveland and moved to California, where she lives today.

Cora M. Holden (1895 – 1938) was born in Alexandria, VA but moved to Cleveland to attend the Cleveland School of Art (now Cleveland Institute of Art) where she earned her graduate degree in 1918. She would also teach at the school throughout her life.

Locally she worked with architects Walker and Weeks. They would hire her to paint murals in several of the buildings they designed in Cleveland, most notably the Federal Reserve Bank of Cleveland (1923) , the Allen Memorial Medical Library on the campus of Case Western University (1926) and the Board of Education Building (1931). All of her murals, which are oils on canvas, are still visible in these buildings today.

Tours of Cleveland, LLC offers year round walking tours of beautiful and historic downtown Cleveland. Whether you are visiting Cleveland for the first time or lived here you whole life, there is always something new to see and learn about Cleveland. Learn more about our tours, see our current schedule and book your walking tour at www.toursofcleveland.com.