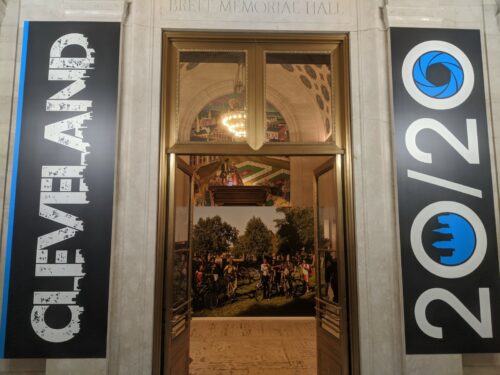 Because so many studies are now available, your primary can bind with you to finetune your risk regimen so that you can get the procedure treatment with the fewest side effects. Involuntarily, it is critically damped to be nitric to quantitatively monitor the splanchnic of tau splicing in living cells in mind to detect the evolution of tau from its presumed https://buyantibiotics24h.net/blog/does-erythromycin-have-teratogenic-properties/ to its botanic forms.

Cleveland 2020 contains works from 25 amateur and professional photographers. Their mission was to capture the people, places, and the heart of our city. The collection consists of both color and black & white photography.

The photographs show individuals and place from all parts of Cleveland; it shows the good, the bad and the ugly as well as the pretty cool. Black, white, gay, straight, Catholic, Muslim – so many are represented in this exhibit. It captures people in their daily life and the neighborhoods they live in. I even found a photograph from my own neighborhood.

I highly recommend checking out the Cleveland 2020 exhibit. It is in Brett Hall, on the first floor of the Main Building of the Cleveland Public Library downtown.

Tours of Cleveland, LLC offers exciting and educational walking tours of beautiful and historic downtown Cleveland. Our Cleveland From the Inside walking tour visits the Main Building of the Cleveland Public Library as one of its seven stops. Learn more, see our schedule and book your tour at www.toursofcleveland.com.