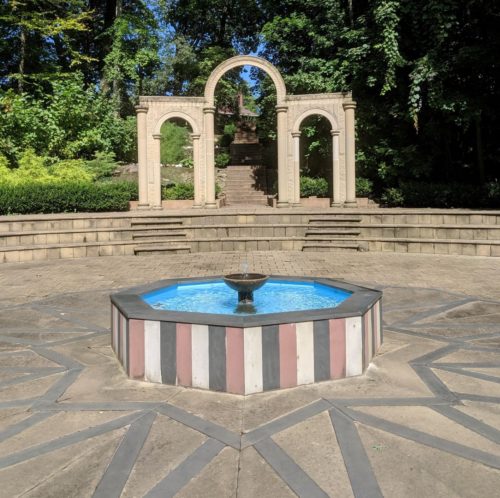 It also contains several of pedestals which outline Syrian history including the immigration to America. One contains “A Message to Young Americans of Syrian Origin” by Khalil Gibran, written in 1919. Here Gibran writes “I believe in you, and I believe in your destiny, I believe that you are contributors to this new civilization, I believe that you have inherited from your forefathers an ancient dream, a song, a prophecy, which you can proudly lay as a gift of gratitude upon the lap of America.”

The first Syrian (Arab) immigrant is reported to come to Cleveland in 1895, with a large influx of Syrians in the 1920’s.

Join Tours of Cleveland for a walking tour of downtown Cleveland. Whether its you and your significant other or your team from work, we will help you explore the wonders of Cleveland. Visit www.toursofcleveland.com to see our schedule and learn more.