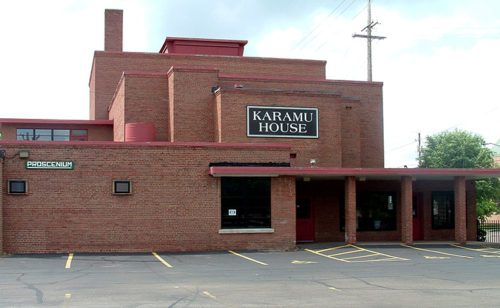 In 1915, Oberlin graduates, Russell and Rowena Jelliffe, opened a settlement house in Cleveland located at the corner of East 38th and Central Avenue. The Jelliffe’s set out to establish a common ground where people of different races, religions, social and economic backgrounds could come together to seek and share common ventures through the arts.

The 1920’s saw a large number of African-Americans moving to Cleveland from the South. Resisting some pressure to exclude these new neighbors, the Jelliffe’s insisted that all races were welcome at their Playhouse Settlement. In 1927, they acquired a theater and named it Karamu (a Swahili word meaning “place of enjoyment in the center of the community”). Their productions were performed by integrated casts and showcased some of Cleveland’s best playwrights, including several productions of local writer, Langston Hughes.

Karamu House is currently located on E. 89th St. and continues to entertain and educate Cleveland residents. One of their most popular performances is Langston Hughes’ Black Nativity at Christmas time.