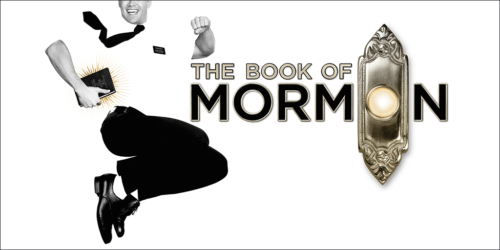 Tours of Cleveland welcomes the cast and crew of “The Book of Mormon” to Cleveland! “The Book of Mormon” is playing at the Connor Palace Theater September 6 through September 15, 2019. This musical comedy follows two young missionaries who are sent to Uganda to share their religion. The show was created by Trey Parker and Matt Stone of “Southpark” fame and has won nine Tony awards.

Cleveland is fortunate enough to be home to Playhouse Square, the second largest theater district in the United States! It includes the five original theaters, the Hanna, the Allen, the Mimi Ohio, the Key Bank State and the Connor Palace theaters along with six others. The lobbies of many of these great theaters are visited on all of our walking tours and on Cleveland From the Inside tour we include a visit inside one of the theater auditoriums as well.

Whether you are part of the cast or another lucky visitor to Cleveland or lived here your whole life, come join us on a walking tour of wonderful downtown Cleveland! See all that the city has to offer. To learn more, see our schedule and book your tour visit www.toursofcleveland.com.