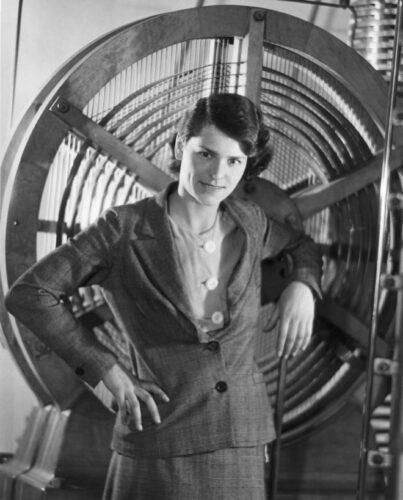 She went to the owner of the Otis Steel Company, Elroy Kulas and asked if she could photograph his plant. He loved her photos so much he used them in the publication sent to his share holders. Bourke-White would go on to photograph Terminal Tower. In fact, the Cleveland Museum of Art has many of her photos in their collection. She called the Flats in Cleveland a “photographic paradise”!

Margaret Bourke-White would be called back to New York to work for Fortune magazine. She documented the construction of the Chrysler Building. She would be the first photographer to be granted unlimited access in the Soviet Union. During her time in the Soviet Union she began to explore photographing people.

A photo titled “Kentucky Flood” from 1937 was published in Life Magazine. It depicts African American flood victims waiting in line for assistance beneath a billboard declaring America’s highest standard of living with a white family pictured. She would later be a photo journalist during WWII and would photograph Gandhi multiple times, with her last photos taken hours before he was assassinated. She passed in 1971 at age 67 in Connecticut.