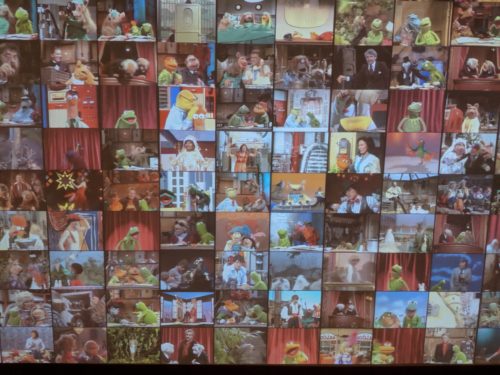 Today I wanted to highlight something outside the Cleveland area before it leaves Ohio. It is down in Columbus at COSI – the Jim Henson: Imagination Unlimited exhibition. COSI is the science center in downtown Columbus. They have a planetarium, a huge dinosaur gallery and tons of hands on exhibits and special exhibits such as this one.

The Jim Henson: Imagination Unlimited exhibit looks at the entire career of the late Jim Henson, spanning his early work in local television in DC, his hugely popular TV shows like “The Muppet Show” and “Sesame Street” and his movies such as “The Dark Crystal” and “Labyrinth”. It contains some of the actual puppets, scripts, photos from the set, soundboards and sketches of the characters.

The exhibit is set to leave COSI on Labor Day, so if you haven’t checked it out, time is limited! If you are a fan, it is worth a visit down to our state capital.

Tours of Cleveland offers walking tours of downtown Cleveland. To learn more about our walking tours, see our schedule or book your tour, visit www.toursofcleveland.com.

Below are some of the cool characters that are part of the exhibit.