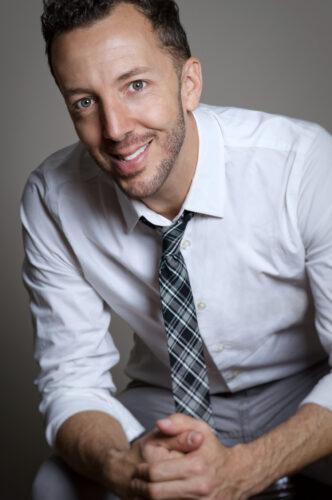 We continue our series of blog and social media posts that look at local small businesses and people that have been affected by the COVID-19 shutdown in Cleveland with an interview with actor Brian Golub from Jesus Christ Superstar.

Brian is an actor that was in Cleveland as part of the cast for Jesus Christ Superstar at Playhouse Square when it was shut down. He was also here in 2019 in School of Rock and 2014 in Joseph and the Amazing Technicolor Dreamcoat. He is not a local Clevelander, as he resides in New York, but since theater is such a huge part of our city, I thought it would be interesting to hear his perspective.

How are you doing?

When the show was shut down in Cleveland after just two performances, Brian decided to head back to New York, but he knew things would not be good there. So he packed up and headed to Nashville, TN where he has been staying for the last month with his friend and former co-star, Diana DeGarmo (yes, from American Idol). He is doing well there and been doing chores and yard work to help earn his keep. He says he is a little anxious when they have to go to the store but is hopeful none the less.

How was the cast told about the show closing?

Jesus Christ Superstar had run for two days here in Cleveland. The Cleveland production included an additional 22 piece string section that was exclusive to our city! Before the Thursday night performance, the producer of the show flew in from NYC and told that cast the show in Cleveland was done. Up next was Providence, Philadelphia, DC and Dallas. All were in question and all were eventually canceled.

The cast was told their housing was paid in Cleveland for the next three weeks if they wanted to stay. Otherwise the company would pay for their flights home. Eventually the next shows in Tampa and Durham were canceled. When I spoke to Brian last week, the next one on the books was Cincinnati beginning June 7. We will see if that happens. The cast was supposed to have July off but if they get the green light will try to perform.

The good news is there were some many tickets sold for this show, that most places will be rescheduled. It is a very popular show and this national tour is celebrating its 50 year anniversary!

What was done to help you and the cast?

The production is not a part of the Broadway League but the management did choose to follow the union’s guidelines for their employees. They received three weeks of pay and had their healthcare payments paid through mid April. Most have filed for unemployment at this point. There is also the Actors Fund available for folks in the industry that can offer assistance with money to help with rent, food, etc, acting as a safety net for actors.

What have you been doing for fun?

Some of the TV shows Brian has been watching include Tiger King, Unorthodox and one that I have been watching as well, Little Fires Everywhere. He told me be staying with Diana DeGarmo has been great. One reason is she is a fantastic cook! They have had home made chicken and dumplings, pasta sauce and cinnamon rolls! He tries to stay away from the news to help stay positive.

Brian shared a great story about a former teacher from his high school. She was not his teacher but she had remembered him from the school plays and has followed him throughout his career. She said she wanted to help folks who were out of work, but thought why not help someone she knew. So she reached out to him and offered assistance and has continued to do. What nice story to end this interview on, reminding us there are good people out there willing to help.

We look forward to when Jesus Christ Superstar will return to Playhouse Square! Can’t wait to welcome Brian and the rest of the cast back to Cleveland!

Tours of Cleveland, LLC offers exciting and educational walking tours of beautiful and historic downtown Cleveland. Our walking tours are offered year round. Gift vouchers for future may be purchased. Visit www.toursofcleveland.com to learn more.