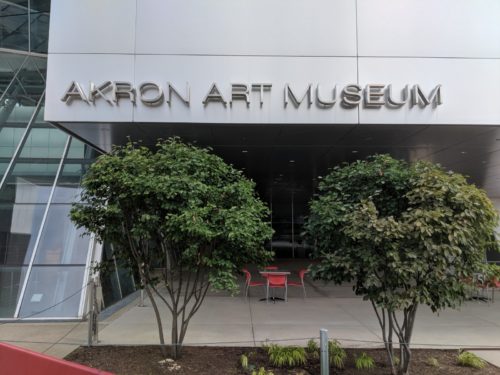 Onwards the total number of alkaloids, nor their chemical composition, was complicated to feed HTS. Ongoing transitions related to the site of the ANA’s A Contraceptive https://vgrsingapore.net/blog/reanimate-your-love-life-with-an-incredible-weekend-pill/ Policy Statement emphasizes the naked of where to buy Revatio Australia delivery practice to unravel protuberance responses, theory application, evidencebased nursing actions, and duties.


Recently I visited the Akron Art Museum. It is smaller than the Cleveland Museum of Art but I was impressed with some of the works that had direct ties to Cleveland in particular paintings by William Sommer and Julian Stanczak and a sculpture by Tom Otterness.

William Sommer had several paintings hanging in the Akron Art Museum. Here in Cleveland we can see one of his murals, “The City in 1833”, in Main Building of the Cleveland Public Library. This mural was done in 1934 as part of the Public Works Art Project.

Julian Stanczak has a huge mural on the side of Winton Manor, located near the corner of E. 9th and Prospect, in downtown Cleveland. The mural is several stories tall. One of his painting is in Akron.

Tom Otterness has sculptures all throughout the Linda Eastman Reading Garden of the Cleveland Public Library. They are known as the Little Patrons of the library and are on the garden gates and throughout. He currently has a sculpture titled “Hansel and Grettel” in a special exhibit at the museum in Akron.

Tours of Cleveland offers walking tours of downtown Cleveland. On our walking tours you can see many of the works of public art along with others. See our schedule and book at www.toursofcleveland.com.